Key West: The Old and New by Jefferson Browne, 1912

A good starting point for historical research and genealogy on Key West is Jefferson Beal Browne’s Key West: The Old and New, published in 1912. Browne was a lawyer and statesman born in 1857 in Key West. He worked at many occupations throughout his life, which gave him a unique opportunity to witness and record the events of his day. His career positions included being a lighthouse keeper, a county surveyor, city attorney and postmaster. In 1888, he became a delegate to the Democratic National Convention and was later president of the Florida State Senate. He served as a Chief Justice of the Florida Supreme Court and from 1893-97 was collector of the port of Key West.

While the book can be a bit of a “dry” read, and represents one man’s recollection of history and heritage, it is a most useful reference book. Browne’s book is a good chronological overview of Key West’s beginnings and growth from infancy because it contains information from records otherwise lost to destructive storms, flooding, fire, and the ravages of humid sub-tropical weather elements. 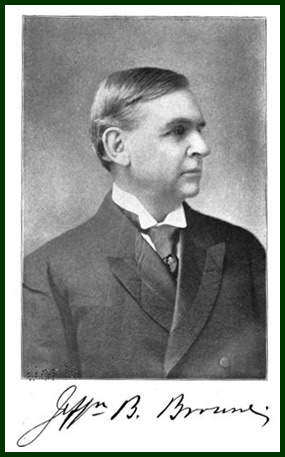 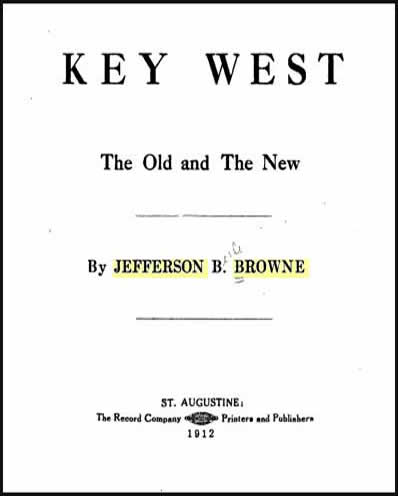